How Type 2 Diabetes Patients Improved Their Glycemic Response with Magnesium

Diabetes is a chronic disease in which the body does not produce enough insulin or the body’s cells do not respond to the insulin that is produced.

People with diabetes have high blood sugar levels, leading to:

Type 1 diabetes is a disease caused by the failure of the pancreas to produce insulin and is characterized by a lack of insulin production. The body’s own immune system destroys the insulin-producing beta cells in the pancreas.

Type 2 diabetes is a disease that develops when the body’s cells do not properly respond to insulin and is caused by a variety of factors, such as obesity, a sedentary lifestyle, and genetics.

The Study on Magnesium Supplementation and Effectivity on Patients

A study was conducted on 42 type 2 diabetes patients who were randomly split into two groups. The intervention group took 250 mg of elemental magnesium per day for three months, while the other took a placebo.

The researchers measured the following tests:

The Results to the Study

The result of HbA1c tests showed that the HbA1c levels were reduced by 0.86% in the intervention group when compared with the control group after three months of intervention. 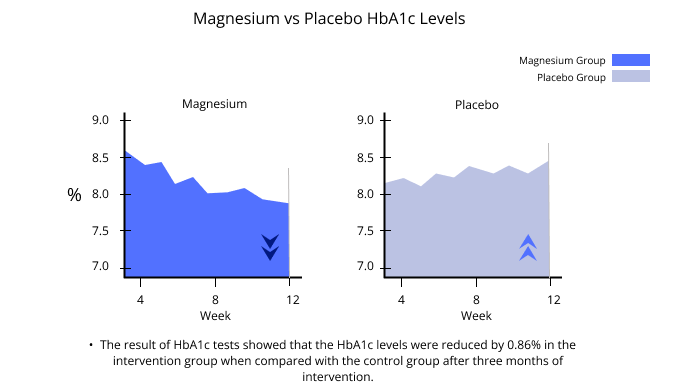 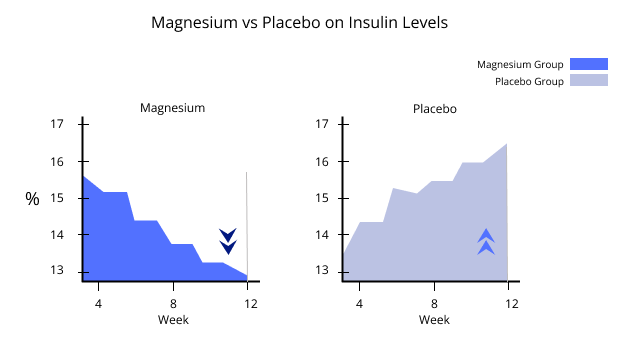 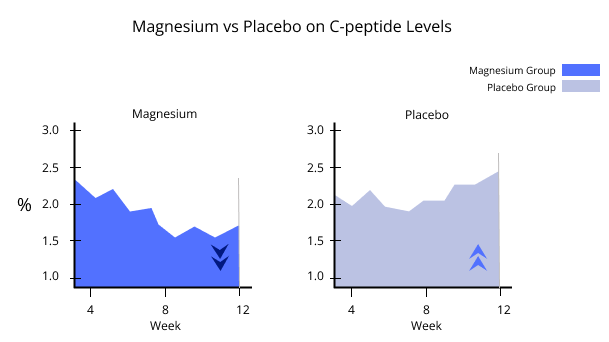 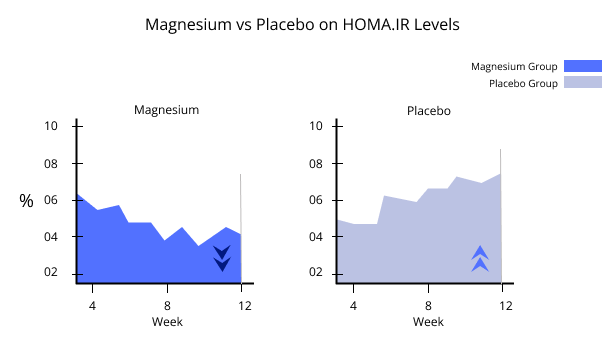 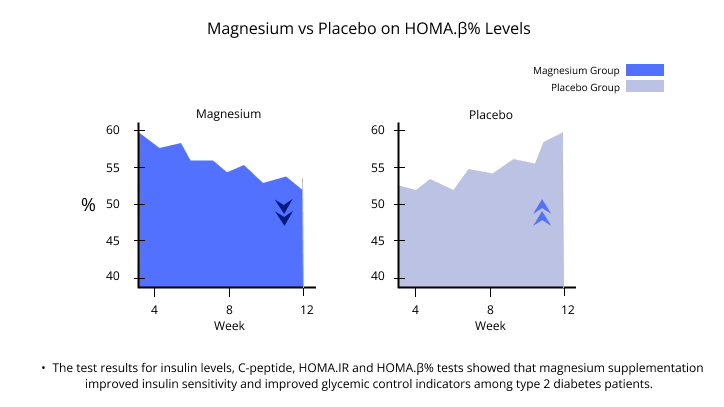 This study showed that oral magnesium supplementation might reduce insulin resistance and improve glycemic control in type 2 diabetes patients as long as the patient continues a healthy diet plan.

Type 2 DiabetesMagnesiumGlycemic ResponseDeseaseBlood Sugar
Previous Article
How Magnesium Has a Role in Promoting Healthy Sleep For The Elderly
Next Article
How Migraine Symptoms Improved with Riboflavin, Magnesium and Q10 Supplementation