The Combination of Magnesium and Vitamin B6 to Reduce Severe Stress

Magnesium is a mineral that is important for the body. It helps with over 600 different things, including hormones. When we are stressed, our magnesium levels can go down. This makes us stressed out more and harder for us to resist stress

The Relationship of Magnesium and Stress

The relationship between magnesium and stress was found in a study that showed that women who had low magnesium levels were more stressed. Other studies have also shown that magnesium can help reduce stress symptoms. In a study of 46 healthy adults, those who took magnesium supplements for 8 weeks felt better and had less insomnia, a sign of stress. Another study showed that students who took magnesium supplements for a month had lower cortisol levels, a stress marker.

Effects of Vitamin B6

The Study of People With High Stress and Low Magnesium

People between 18 to 50 years of age experiencing moderate to severe stress were chosen for this study. Additionally, these people must have had low magnesium levels in their blood, as measured by their local doctors. The study looked at how well magnesium worked to reduce stress levels in these people. People with a high body mass index or using contraception were also chosen for the study. People who couldn’t take certain drugs had severe kidney disease or had diabetes was not chosen for the study. 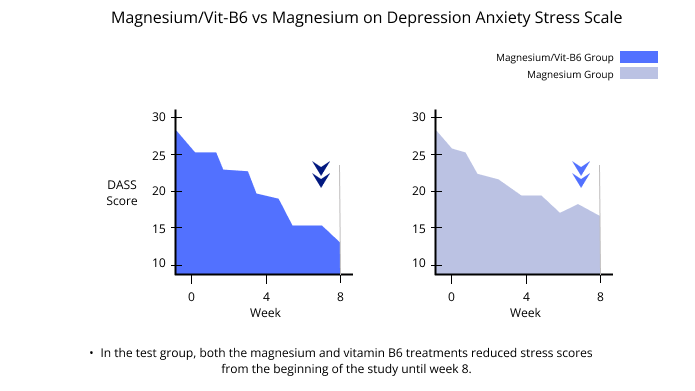 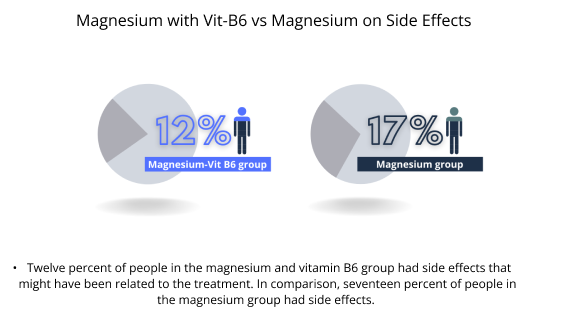 Superiority of Magnesium and Vitamin B6 over Magnesium alone on severe stress in healthy adults with low magnesemia: A randomized, single-blind clinical trial